The goal of UAB 56 was to analyze baseline demographic data, information on health history/status, and food consumption habits of study participants, with an end view of establishing the extent of aflatoxicosis and to establish the relationship with diseases induced by depressed immune systems. This involves working with a well-defined volunteer group in Ghana who are continuously exposed to aflatoxin mainly through contaminated maize and peanuts in their diets.

Aflatoxin B1 adduct levels in plasma and aflatoxin M1 in urine were determined. Additionally, vitamin A and E levels in plasma, hepatitis B, C, and HIV status, as well as cellular immune functions and hepatic functions were determined in a well-defined study group in Ghana. Analysis has been carried out to look for correlations of aflatoxin with both clinical and socioeconomic factors. This was the first study that has addressed several critical health issues related to aflatoxin consumption; results are as follows:

1) This was the first study that reports on the levels of aflatoxin biomarkers (AFM1 in urine and AFB1 albumin adducts in the blood) for people in the Ashanti region of Ghana, which established a baseline for future research and for intervention studies that address reduction of aflatoxin intake and build-up in humans.
2) This study showed that several variables such as ethnic group, the village in which participants live, and the number of individuals in a household were significant predictors of AFB1 levels. Furthermore, it was established that the association between ethnicity and participants in a village with high AFB1 levels can be explained by food preference, sorting of aflatoxin contaminated peanuts and maize, and preparation practices by the different ethnic groups and the proportion of different ethnic groups living in the villages. This study clearly identified factors that can be targeted, by interventions specifically designed to reduce aflatoxin exposure in people in the study area.

3) The levels of hepatitis B and C infection were measured in the study group. This was the first report of hepatitis C infection rates in this region of Ghana. It has been established that hepatitis B works synergistically with aflatoxin to increase the risk of liver cancer in humans. The high risk of both hepatitis B and C infections and aflatoxin in this region is significant information that will be useful in establishing the relationship between these infections and toxic agents and development of liver cancer and other liver problems.

4) This was the first study anywhere in the world in which flow cytometry measurements of cellular immune status in relation to aflatoxin levels have been conducted. The report of the proportions of leukocytes found the deficiencies in subsets of lymphocytes and monocytes and in monocyte function is the first evidence of the association of high aflatoxin levels and changes in cellular immune status in humans.

5) This study reports on vitamin A and E deficiency in a population with high aflatoxin levels. It found a strong positive correlation between vitamin A and AFM1 levels and an association between high AFB1 levels and low levels of vitamin A in blood. The high level of micronutrient deficiency among study participants concurrent with high AFB1 levels could contribute to unfavorable health outcomes. 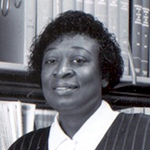