The long-season rosette-resistant variety Nsinjiro (ICGV-SM 90704) has been released for use in Malawi. ICG 12991 was released in Malawi as Baka in 2001. ICG 12991 is a short duration (90-110 days to maturation), drought tolerant Spanish-type groundnut earmarked for both rain-fed and residual moisture groundnut production. Over 3 tons of Baka has been multiplied and made available for commercial production under both soil moisture conditions. In Malawi in four years of testing, ICGV-DM 99568 (a short-duration, rosette resistant line) has potential in that it is relatively large-seeded, relatively more stable irrespective of soil moisture status, hence preferred by many farmers. Rosette incidences were low to moderate, ranging from 5-30%.

In the U.S. the transformation work done has provided new technologies for improving the transformation success rate and should be of benefit for some time to come. This should speed up the transfer of useful genes, and consideration should be given to adding genes to this list. TSWV, nematode resistance, etc. should be on the list. Since 2001, the transformation protocol has been refined that resulted in the generation of a number of transgenic plants carrying the viral sequences for resistance induction. Transgenic plant verification has been by PCR, showing the presence of the transgene in genomic DNA. Northern and Southern blot analyses were conducted. Fifteen transgenic lines are going through a seed increase in the greenhouse. This seed will be used for seed multiplication in the field in 2005. Subsequent seed will be tested for field resistance in the future. Up until 2004 the coat protein gene of GRAV was introduced into AT 120 and Georgia Green, as well as the N gene of tomato spotted wilt virus into Georgia Green. This approach requires a large number of transgenic plants to obtain a few that have high levels of resistance. Resistance being the induction of RNA silencing: the specific degradation of the viral genomic RNA. In 2004 AT 120 and Georgia Green were transformed with RNAi constructs of the GRAV coat protein gene and TSWV N gene. The RNAi technology takes a quicker, more direct and efficient route to silencing-induced resistance.

RNAi technology has been shown to be highly effective in the laboratory and will be equally effective in applied situations. With the RNAi approach less transgenic plants need to be generated because the percentage of transgenic plants showing resistance using RNAi are high (generally over 80%). Improved transformation techniques are resulting in greater recovery of transgenic plants with better fertility. This has improved efficiency, and speeded up progress. The introduction of TSWV resistance has resulted in a wider range of TSWV-resistant germplasm with potential spin-off for U.S. farmers. Future possibilities include the development of transgenics with resistance to foliar fungal diseases, particularly leaf spot. 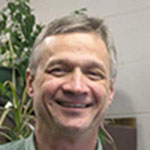