The 2001 consumers’ preference survey in the Philippines showed that peanut butter was the best-liked product; 66% preferred stabilized peanut butter, and over 90% of respondents were willing to pay more for Vitamin-A fortified peanut butter.

Improved processing methods for the optimization, sensory profiling, packaging, and shelf-life testing of these peanut-based products was standardized with assistance from the U.S. principal investigator. Collaborating scientists, industry groups, and micro/small business entrepreneurs, who were mainly women, were trained successfully on these processes. These techniques are already adopted by the Philippine participating institutions; including the food industry, cooperatives, and grassroots business organizations (micro- and small-scale enterprises). Workshops, training sessions, and publications were means of technology transfer.

Publications were used for technology transfer, such as a manual on hand-sorting technology for aflatoxin removal from peanuts that has significantly reduced aflatoxin content of peanut-based products. In the U.S., six new/improved peanut-based products were developed and some are being considered for commercialization by a Georgia-based food company (Bell Plantations, Inc.): 1) resveratrol-enhanced peanuts, 2) peanut butter from resveratrol-enhanced peanuts, 3) cheese-flavored cracker coated peanuts, 4) caramel-flavored cracker coated peanuts, and 5) chocolate flavored peanut spread, and 6) roasted peanuts. The chocolate flavored spread was introduced from the Philippines, tested with a private company, and a corresponding product developed and optimized with consideration of the preferences of the American consumer. One U.S. patent for resveratrol enhanced peanut is provisional and will be final in May 2005. 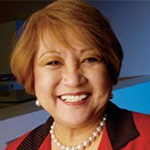