The purpose of this projecy was to provide programmatic and fiscal oversight of the Peanut CRSP. The Management Entity (ME) was responsible for day to day management and response to problems and questions that arose. The University of Georgia was the recipient of the cooperative agreement, and the ME was the responsible entity for UGA to USAID as the provider of the Agreement. The ME was supported by a board of directors, technical committee, and technical officer in USAID. BIFAD provides guidance to CRSPs, and includes the CRSP guidelines developed by BIFAD.

The new phase was implemented in 2008. Much effort was required to put into place new projects and facilitate funding of awarded projects. Fiscal uncertainty relating to whether the program would be able to support all the projects intended resulted in the delay in the RFP for the processing sector projects, and the impact assessment project. Plans to update the web system were disrupted by staff loss and difficulties in recruiting a replacement programmer. The ME employed a student to undertake scanning of records into electronic format, and to assist the director in undertaking analysis of topics of interest.

Under the topics of interest, an analysis was started which tested the hypothesis that the consumption levels of aflatoxin prone foods would be correlated with the levels of mortality and morbidity associated with infectious diseases. Data was obtained from WHO and FAO and correlation between exposure risk and disease outcomes established. The result was that a strong association was discovered between HIV and maize consumption in Sub- Saharan Africa. Using liver and esophageal cancers as a signature of either aflatoxin or fumonisin, we established that the mostly important factor was fumonisin. 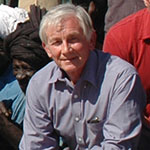 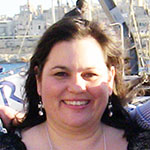