Daniel Mwalwayo has spent most of his professional career working to ensure a safe food supply in his home country of Malawi.

This spring, he’s spending three months focused on that goal while training at the University of Georgia through the U.S. Department of Agriculture’s Norman E. Borlaug International Agricultural Science and Technology Fellowship Program. The program, which is administered at UGA by the College of Agricultural and Environmental Sciences Office of Global Programs, promotes food security and economic growth by providing training and collaborative research opportunities to researchers and policymakers from developing or middle-income countries.

After nearly a decade working for the national food inspection program in Malawi, Mwalwayo wanted to study how to minimize aflatoxin in processed peanuts, a problem he sees firsthand at home. The Borlaug program matched him with Koushik Adhikari, a UGA food science professor who is an expert in sensory analysis and is working with Mwalwayo on how to survey consumers on peanut consumption and aflatoxin-related issues. Mwalwayo also spent time in the lab of Jia-Sheng Wang, the head of the Environmental Health Science Department at UGA, to learn more about aflatoxin testing techniques.

“I looked at aflatoxin levels in peanut paste produced in Malawi over a year’s time and could see that often the levels are very high — much, much higher than the regulatory limit,” said Mwalwayo, who works for the Malawi Bureau of Standards, the regulatory agency that inspects food in the southern African country. “I know the industry has similar challenges with aflatoxin even in the U.S., so I wanted to come and learn how they manage the aflatoxin problem.”

Aflatoxin, a type of mycotoxin, has been linked to liver cancer, as well as stunting in children. It is a particular problem in Malawi because the average diet is based on maize and peanuts, both staples that are susceptible to the mold that creates aflatoxin. For years, scientists have studied the best ways to discourage mold growth — when to plant, when to harvest, how to dry the crop, how to sort out contaminated kernels.

But when he tested raw peanuts at the farm level, 90 percent had acceptably low levels of aflatoxin.

“So, for me, the problem wasn’t where this produce was coming from, but rather where it is being stored and how it is being used later,” he said.

Mwalwayo wanted to intervene before contamination became a problem. As he pointed out in his proposal for the Borlaug Fellowship, the USDA recognizes aflatoxin contamination as an avoidable problem.

By studying the potential sources of contamination in Malawian processing plants, he hoped to prepare a protocol for large-scale processors to minimize contamination at the processing stage for peanut paste, which is used to make peanut butter, but can also go into sauces, baked goods, cereal and ice cream.

“My goal in coming (to UGA) was to learn how the industry here manages the mycotoxin problems to an extent that the products they make here then have acceptable levels,” he said. “My goal was — when I went back home — I could engage the industry, learn how they manage their processes, see the gaps and see where I can help.”

After beginning his study and consulting with the Peanut and Mycotoxin Innovation Lab (PMIL) headquartered at UGA, Mwalwayo decided that his research may have even more impact by intervening a step earlier in the process, honing a storage system that would keep aflatoxin from developing in the peanuts while awaiting processing.

Evaluating the moisture content and quality of the most prominent varieties, rate of oxygen depletion during storage (which controls insect and mold growth and may reduce rancidity), and aflatoxin levels at the end of 4, 8 and 12 months, will help define the optimum storage conditions and determine the shelf life for peanuts using the PICS bags. Minimizing aflatoxin contamination, while prolonging shelf life, would encourage adoption of the bags in Malawi and other countries where the bags are becoming widely available. Mwalwayo's training with UGA scientists has also broadened his skills to include other analytical tests and methods to take back to the Malawi Bureau of Standards.

The project is an example of how different agencies are able to collaborate to solve a food safety concern, bringing together the USDA, USAID (which oversees the PMIL), CAES, the Malawi Bureau of Standards, and MAPAC, which is part of the Partnership for Aflatoxin Control in Africa, a secretariat of the African Union.

“In the face of global food issues, programs like this that support the brightest minds in agriculture around the world are vital to ensuring that the food we have is safely stored and available to those who need it most,” said Sam Pardue, CAES dean and director. “While we work to increase food production to meet growing demand, we must also learn more about protecting and preserving the food we already produce so it delivers the needed nutrition.”

The Borlaug program covers 12 weeks of training at UGA, as well as funding for Adhikari, who is Mwalwayo’s main adviser on the project, to travel to Malawi within a year and offer feedback on the progress of the research there.

He has worked for the Malawi Bureau of Standards for nine years. 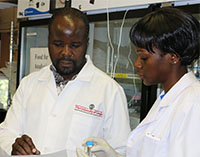 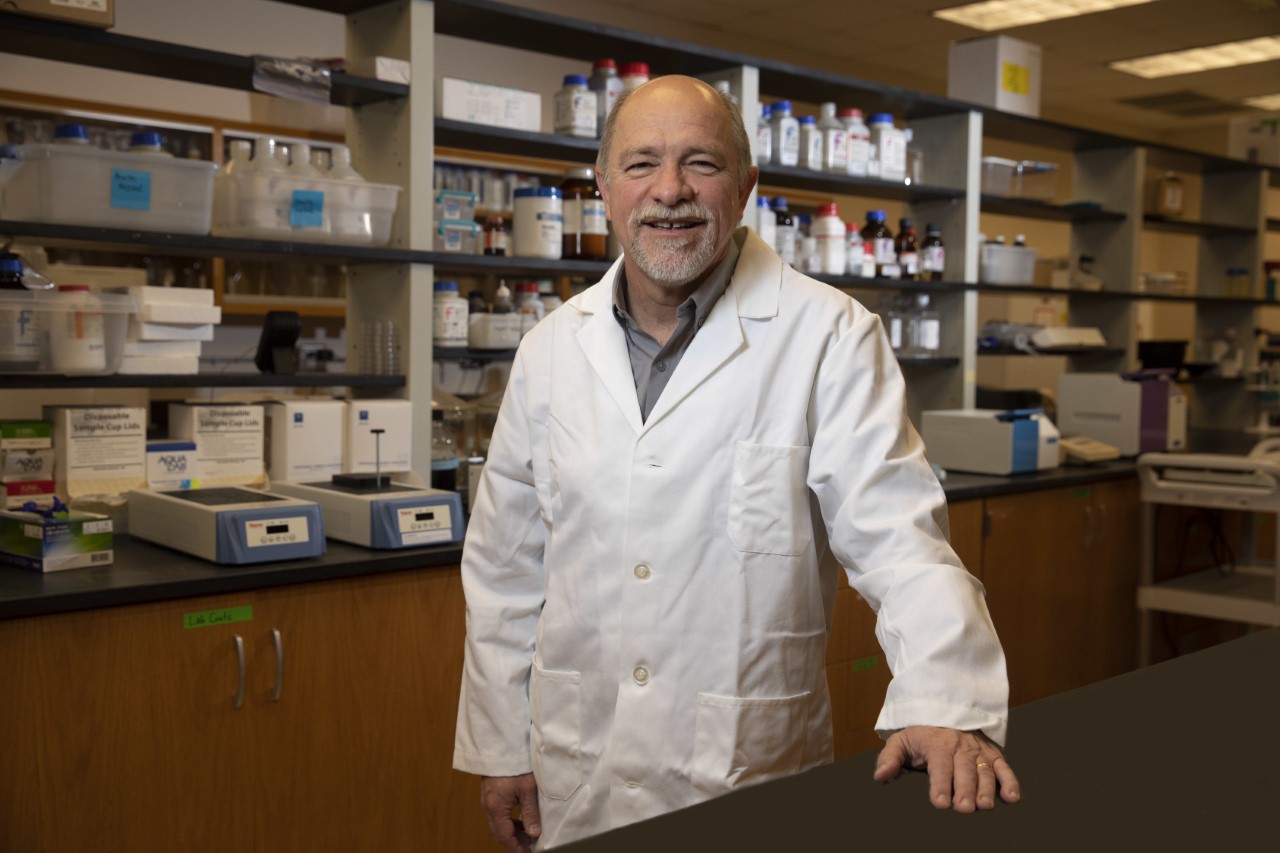 UGA plays pivotal role in food safety Posted on 06/07/21 by Jennifer L Reynolds
World Food Safety Day is celebrated annually on June 7. When it comes to researching ways to reduce the impact of harmful microorganisms in the food supply, the University of Georgia has an internationally recognized reputation in food safety research, with microbiologists throughout the university examining ways to improve food safety both within the U.S. and globally.

CAES convocation ceremony will remain virtual for spring Posted on 05/06/21 by Maria M. Lameiras
While plans for spring commencement at the University of Georgia will now include unlimited guests and the option for students to sit on Dooley Field at Sanford Stadium, the College of Agricultural and Environmental Sciences (CAES) will proceed with plans for a virtual Convocation ceremony for its undergraduate and graduate candidates at 6 p.m. Thursday, May 13.
See More News Subscribe for Updates