The Peanut & Mycotoxin Innovation Lab has created another graphic in a series meant to promote peanut consumption and highlight best practices for growing processing and testing peanuts. 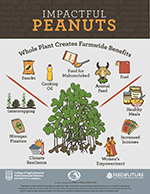 The latest graphic – titled “Impactful Peanuts” – focuses on the numerous products made from peanut, and how virtually every part of the plant can be used to benefit the farmer and consumer. The latest graphic is available for download, along with earlier "One Handful", "Controlling Aflatoxins" and "Detecting Mycotoxins" graphics.

Peanuts are a nutritious snack and add healthy protein to the diets of people around the world, but peanut oil also can easily be made into a biodiesel (peanut oil actually powered the first steam engine) and the stalks and leaves are tasty, nutritious fodder for livestock.

But peanuts also are an important source of income for women, who use the money for household expenses and to pay their children’s school tuition.

Download a high-resolution PDF here or scroll down to see translations.

INTERCROPPING: Research has shown that intercropping with peanuts can increase the yields of staple crops like maize by 17%, while decreasing the prevalence of weeds and other pests.

CLIMATE RESILIENCE: Peanuts plants are drought- and heat-tolerant, requiring less water than many other crops, and also because they flower throughout the growing season, one prolonged dry spell doesn’t destroy the entire crop.

NITROGEN FIXATION: Peanuts have nodules in their roots that contain nitrogen-fixing bacteria. Peanuts can fix 150-200 kg/ha of nitrogen into the soil per cropping cycle, reducing the need for fertilizer and increasing yields for later crops.

SNACKS: Common peanut products are snacks and confectionaries, which are very popular in many developing countries.

COOKING OIL: Peanut oil is especially valued in developing countries, where it may be the primary cooking oil and is an additional product created after peanut cake or flour is produced.

ANIMAL FEED: The haulms – or the above ground stalks and leafy greens – of peanut plants can be used as a nutritious animal feed.

FUEL: When mixed with methanol and a catalyst, peanut oil becomes a biodiesel that works without modification or as a blend in any diesel engine.

HEALTHY MEALS: Peanuts are a healthy source of protein and fat in many traditional cuisines. Peanuts contributed 6.5% of daily total protein for Ghanaians in 2013, and 5% of daily protein in Malawians’ diet in 2012.

HOUSEHOLD INCOME: Peanuts are sold into the marketplace as a cash crop, and often save money by increasing the yields of other crops.

WOMEN’S EMPOWERMENT: Peanuts are typically seen as a “woman’s crop” in developing countries, and women often accrue the most of the monetary benefits from peanut production. 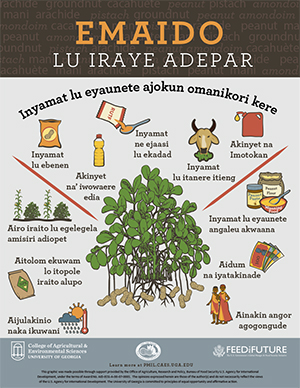 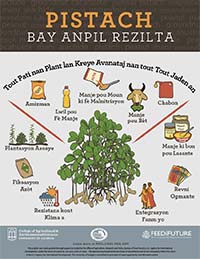 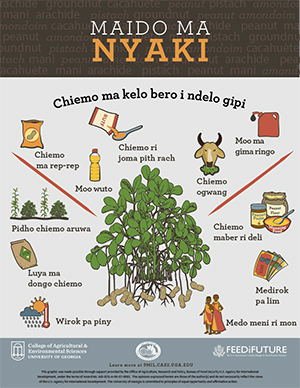 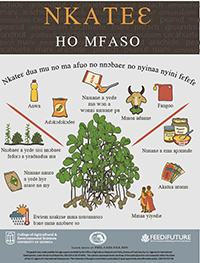 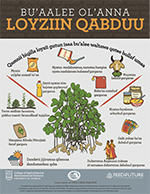 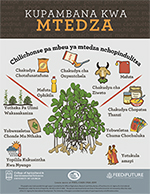 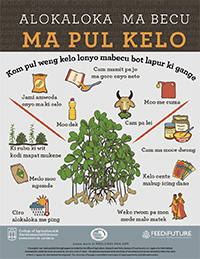 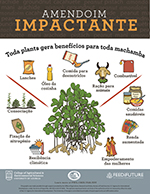