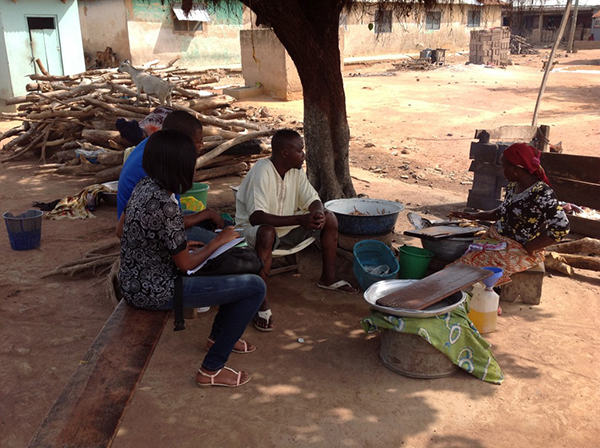 Sylvia Baah-Tuahene is a PMIL supported student at the University of Ghana as part of a capacity building effort through the "Ghana Peanut Value Chain Interventions" project. She recently completed her MPhil research on surveying peanut and peanut based products that are produced by women processors in three different regions in Ghana.

Her research thesis, “Assessment and Safety Improvement of Peanut Based By-Products from Peanut Oil Processing: Kulikuli and Khebab Powder,” provides an informative picture of the quality of peanut based products and where in the process aflatoxin contamination may be introduced and/or reduced.

Sylvia was co-supervised by PMIL Collaborator Professor Agnes Budu, and Prof. F. K. Saalia. She will graduate on the 13th of November 2015 with a Masters in Food Science.

PMIL: How did you become interested in studying groundnut production?

Baah-Tuahene: "Peanut is a highly nutritious legume grown in Ghana and worldwide and plays an important role in food and nutritional security especially in poor communities. It is produced, consumed and utilized in various forms in my country. Peanuts are however susceptible to aflatoxin contamination through the infestation of aflatoxigenic molds. These aflatoxins are known to have carcinogenic effects on humans and animals. 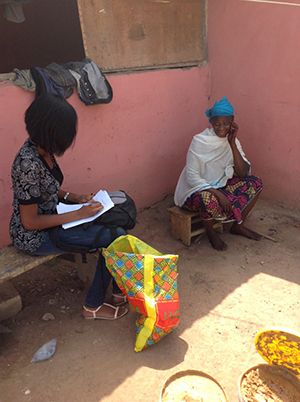 In recent times, most of the peanuts and the by-products produced for exportation from West African countries including Ghana have been rejected according to Rapid Alert System for Food and Feed (RASSF) notifications.

This is as a result of exceeding levels of aflatoxins beyond the set standards used by various food safety agencies, which range from 4µg/kg for processed peanut products in the European Union (EU), to20µg/kg as established by the Codex Alimentarius Commission. There is therefore the need to put in measures to ensure that excessive levels of aflatoxins are reduced to the barest minimum in peanuts and peanut products to conform to the requirements of food safety regulations.

Some work has been reported on the determination of aflatoxin levels in peanut products in Ghana. However, the traditional production practices of peanut products remain unchanged and the levels of aflatoxins and microbial contamination in peanut products: especially kulikuli and khebab powder remain variable and frequently high. Safety and quality management tools that can eliminate possible hazards during processing have not yet been applied in the artisanal peanut processing industry."

PMIL: What did you initially set out to discover in your peanut research?

Baah-Tuahene: "My research study was mainly on peanut based by-products from peanut oil processing: kulikuli and khebab powder.

I had several goals:

PMIL: Can you share some of the results of your research? 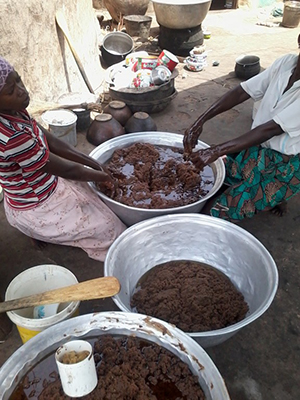 Baah-Tuahene: "I discovered that the level of aflatoxins and microbial contamination in the peanut products I looked at far exceed the standard limits. Also, despite the fact that all the processors I worked with had a low level of formal education, they were not oblivious to food safety issues.

PMIL: What are your plans for the future? Will you continue to work with peanuts?

Baah-Tuahene: "My plans are to do more research work on groundnuts and other food products. At the moment am working as a research assistant with my supervisor on the PMIL project. Eventually, I will obtain my PhD and continue to work in academia and research.